The United States Securities and Exchange Commission (SEC) is taking action against a New York-based individual in an attempt to safeguard investor funds that were raised through an allegedly fraudulent initial coin offering (ICO).

The SEC filed a complaint yesterday against “self-described financial guru” Reginald Middleton and two of his companies, Veritaseum LLC and Veritaseum Inc.

In the complaint, the SEC is calling for emergency stop action to prevent Middleton from being able to access what remains of the funds he raised in the “VERI Token” ICO. At present, Middleton is in possession of $8 million worth of investor funds – the ICO originally raised $14.8 million.

Middleton ran the ICO during the infamous cryptocurrency bull run between mid 2017 and early 2018. According to the SEC, he raised funds by “making material misrepresentations and omissions about the unregistered securities they [his companies] offered: digital assets called “VERI Tokens,” “VERI,” or “Veritas.”

From here on in, the SEC‘s allegations against Middleton and his companies reads like a rap sheet of ICO clichés.

Middleton and his companies “knowingly misled investors about their prior business venture,” “touted outsized – but fictitious – investor demand for Veri,” and “claimed to have a product ready to generate millions of dollars of revenue, when no such product existed.” It all sounds eerily familiar, doesn’t it?

While Middleton tried to pass off VERI tokens as “software,” and even likened them to “gift cards” the SEC takes a different perspective – that VERI tokens are securities.

According to the SEC, the offering was illegal, “there was no registration statement filed or in effect for the offers and sales of VERI, and no exemption from registration applied.” In lay terms, Middleton failed to alert the SEC to his intention to sell a financial product.

What’s more, the document states that Middleton traded with VERI on an unnamed digital asset platform to artificially boost its price. In just one day of trading VERI, Middleton was able to pump the token’s price by 315 percent.

Earlier this month, SEC staff requested Middleton to voluntarily agree to refrain from selling or dissipating any of the remaining investor funds. Middleton and his associated companies declined, leading to the SEC’s current complaint.

Given the allegations stacked against him, and the SEC‘s long-running war against ICO’s as unregistered securities, the prognosis doesn’t look too good for Middleton. 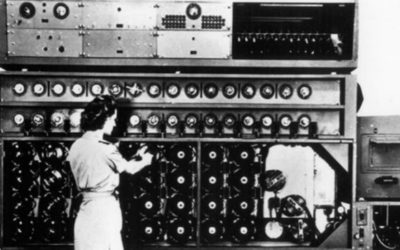